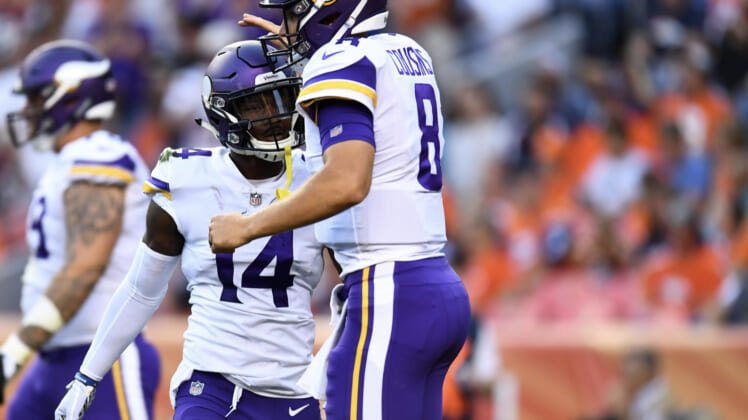 Most of those who cover the Minnesota Vikings or the NFL on a broader level believe that the 2019 season is a defining one for quarterback Kirk Cousins.

The former Pro Bowler signed a fully-guaranteed three-year, $84 million contract ahead of last season. He responded by leading Minnesota to a disastrous non-playoff 2018 campaign.

In talking about his quarterback ahead of Week 1 against the Atlanta Falcons, star Vikings receiver Stefon Diggs was not having any of the criticism from the media.

Veteran Vikings beat writer Chris Tomasson asked Diggs if he believes this is a make-or-break season for Cousins. The receiver’s response was epic.

“No man, he brings what you need from the quarterback position. Playing quarterback is hard,” Diggs said. “I don’t see you out there, Chris.”

We wouldn’t expect anything different from a receiver. Going to bat for your quarterback is a great way to show you’re a solid teammate. Individually, Diggs put up the first 1,000-yard season of his four-year career with Cousins tossing him the rock in 2018.

Even then, there has to be some concern here. Minnesota regressed to the tune of a 7-8-1 mark under Cousins last season after earning an appearance in the NFC Championship Game the previous year.

No matter the noise we’re hearing from Vikings players, Cousins is under a tremendous amount of pressure starting Week 1 against the Falcons.