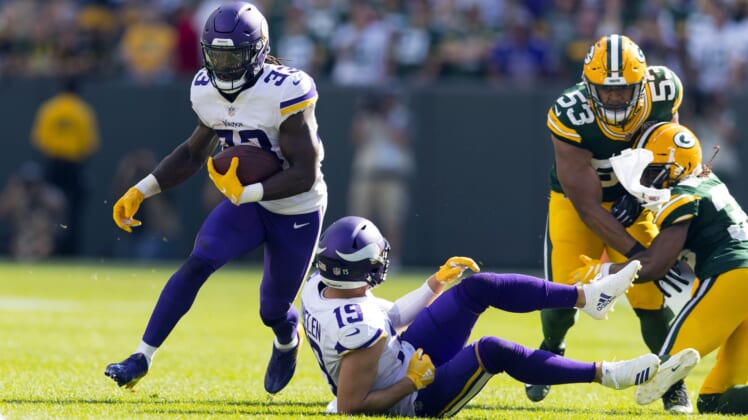 The Minnesota Vikings tied the game up at 7-7 late in the first quarter when Dalvin Cook took a screen pass 26 yards to the house.

The play itself was beautiful. Cook turned the corner and hit the jets, outrunning Green Bay defenders to the end zone.

It was also Cook’s first touchdown since he tore his ACL in Week 4 of last season.

Afterward, he and his teammates did a group celebration where one of the players was planked between two others, and Cook did the limbo underneath.

Some of the group celebrations we’ve seen this year have been pretty stale. This one, however, was not.