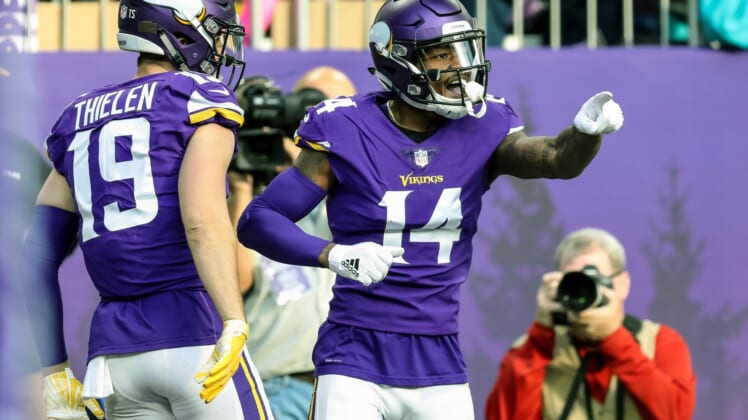 The Minnesota Vikings found themselves down 7-0 early on Sunday against the division rival Detroit Lions.

That’s when Vikings stud receiver Adam Thielen decided to do something about it. Check out this absurd diving touchdown on a pass from Kirk Cousins.

That’s one heck of a catch from Thielen right there. Cousins put it only where his receiver could catch the ball. That’s exactly what Thielen did.

Unfortunately for the Vikings, Thielen had to exit the game after suffering a hamstring injury on this very same play.