Elias Pettersson and J.T. Miller each scored in the shootout and the Vancouver Canucks defeated the host Philadelphia Flyers 5-4 on Friday.

Miller had a goal and two assists in regulation while Pettersson and Alex Chiasson each added a goal and an assist for the Canucks, who scored four goals in the second period.

Vasily Podkolzin also contributed a goal for Vancouver, while Thatcher Demko made 31 saves.

Joel Farabee led the Flyers with one goal and one assist.

Couturier and Giroux failed to score in the shootout.

The Flyers went ahead 1-0 at 6:15 of the first period when Farabee was credited with the opening goal. The shot appeared to deflect off Vancouver’s Tucker Poolman and into the net.

Demko kept the Canucks within one goal with three straight saves in the final 20 seconds of the first against James van Riemsdyk.

The Canucks tied the game at 1 just 2:36 into the second when Podkolzin ripped a wrist shot past Hart for his first career goal. 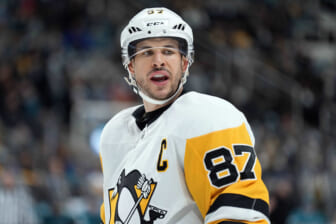 Vancouver then earned a power play and capitalized soon thereafter when Pettersson scored at 4:07 for a 2-1 advantage. Pettersson’s shot clanged directly off Hart’s skate and into the net.

The Canucks earned a two-man advantage and took a 3-1 lead at 9:36 when Chiasson stayed aggressive on a bouncing puck and scored.

The Flyers cut the deficit to 3-2 at 12:17 when Atkinson scored as he was being checked to the ice. But Vancouver extended its advantage to 4-2 at 17:07 when Miller redirected a loose puck in front.

Philadelphia came up with a strong scoring chance at 13:45 of the third, but Demko denied Couturier.

Hart was pulled for an extra skater with 3:15 remaining and the Flyers closed within 4-3 at 17:43 when Konecny connected on the power play. Giroux then tied the game at 4 with an extra-attacker goal at 18:48.