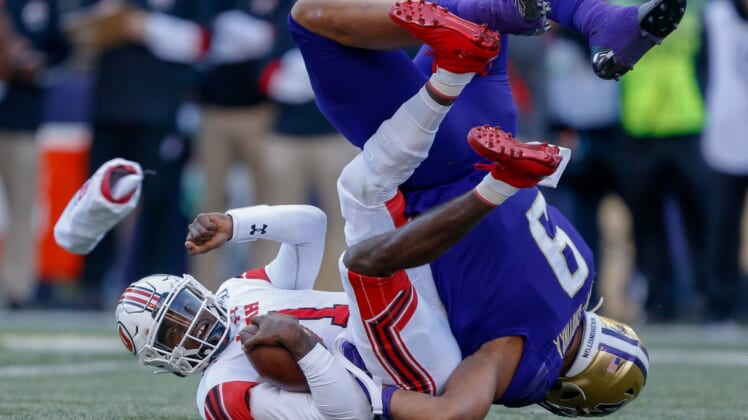 After the Utah Utes tried to set the tone early with a stunning hit to open the game, the Oregon Ducks responded with two dominant quarters. Before the Utes could lick their wound at halftime, Oregon linebacker Troy Dye delivered one more shot that sent quarterback Tyler Huntley airborne.

Huntley and Utah’s offense was in search of a little life and a few points before halftime. Instead, Dye broke through the line and squared up to deliver a bone-crushing hit that sent Duffey’s entire body flying through the air.

It’s not often that a single play captures the tone of an entire game, but this hit summed up the first half of the Pac-12 Championship Game. Oregon is dominating on Friday with more speed, better execution and is destroying the Utes with a 20-0 lead.

If the Utes can’t figure things out offensively during the break, Huntley will keep getting blasted and Utah’s playoff chances will get crushed into smithereens.