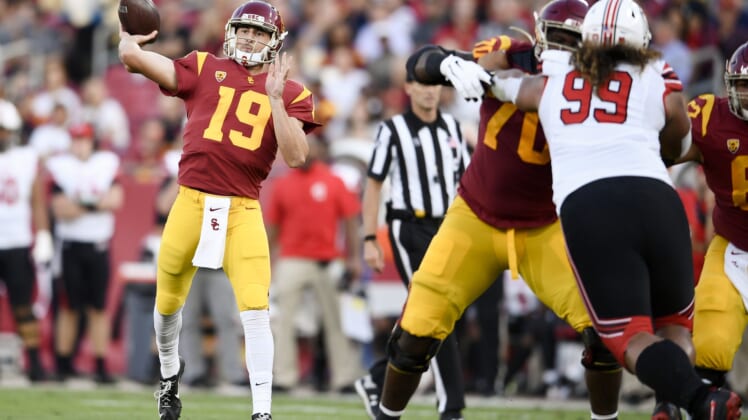 Matt Fink was the third-string quarterback for the USC Trojans when the season opened up. After Kedon Slovis was injured on the second play of the game Friday night, Fink took over and immediately dominated.

The junior had already thrown a touchdown pass when he doubled down with a second. This one was spectacular, as Fink evaded pressure with a sweet move and then threw up a pass to Amon-Ra St. Brown, who made a tremendous catch in between two defenders.

The Trojans appeared to be doomed when Slovis went down. Fink made sure that didn’t happen, and he’s having a phenomenal night passing the ball for USC against a very tough Utah defense.