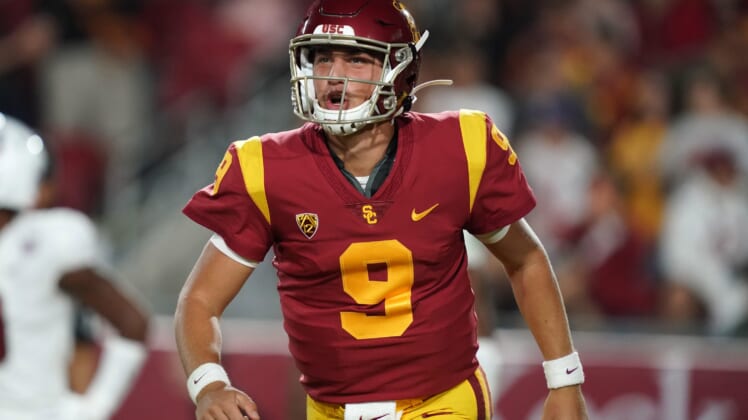 USC true freshman quarterback Kedon Slovis was driven to the ground on a hard hit during the first drive of the night against Utah.

Slovis attempted a pass downfield as Leki Fotu came crashing into the backfield, and as he released the ball Fotu took him down hard.

Slovis attempted to get up, and as he tried getting to his feet he went down again. After being attended to by trainers for a couple of minutes, he was able to make his way off the field under his own power, but clearly he was hurting.

In his stead, junior Matt Fink came into the game for the Trojans.