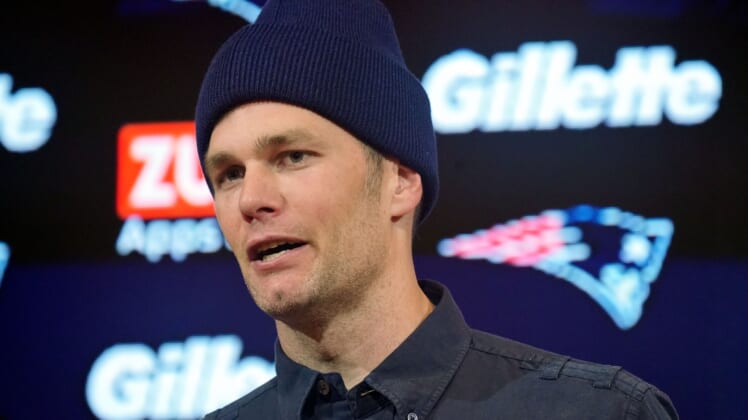 UFC President Dana White has absolutely no shame in his game. The billionaire put impending free agent quarterback Tom Brady on the spot during a live stream on Wednesday.

Speaking with Brady on speaker phone, White did his best to recruit the six-time Super Bowl champion to the Las Vegas Raiders.

It really was something.

White talked about the Raiders’ new venue just off the Vegas strip, their amazing practice facility in the suburbs and the fact that Vegas is a 45-minute flight from Las Angeles (it isn’t).

It was a tremendous pitch from White.

Though, Brady himself was not about to break any news. The longtime New England Patriots quarterback simply said that he’s going to spend the next two weeks with his family and enjoying that. He’s also excited about hitting free agency for the first time.

A total of eight teams are said to be interested in Brady with the Raiders being seen as odds-on favorites to land him should he leave the Patriots.