WATCH: Uconn’s James Bouknight with dunk of the year candidate 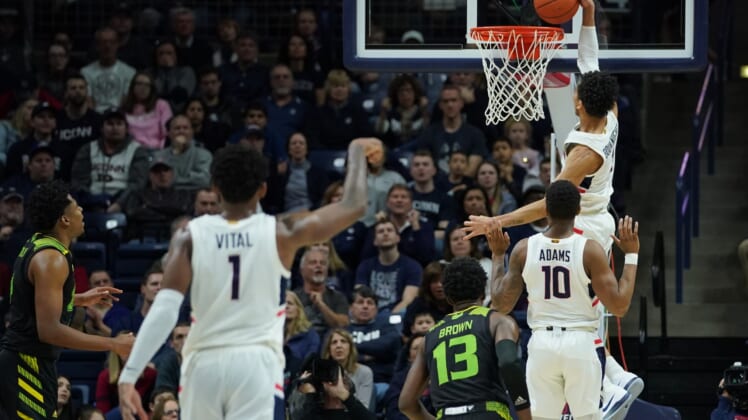 Uconn guard James Bouknight brought the house down with an insane one-handed alley-oop dunk on Saturday that may be the best we’ve seen all year.

Bouknight came flying in from the perimeter and was served up lob pass that seemed to be off the mark. Taking flight, he then reached up with one hand and threw down the hammer with authority.

That’s just absurd hops and athleticism on display from Bouknight, who certainly put his name in the hat for dunk of the year when it’s all said and done.