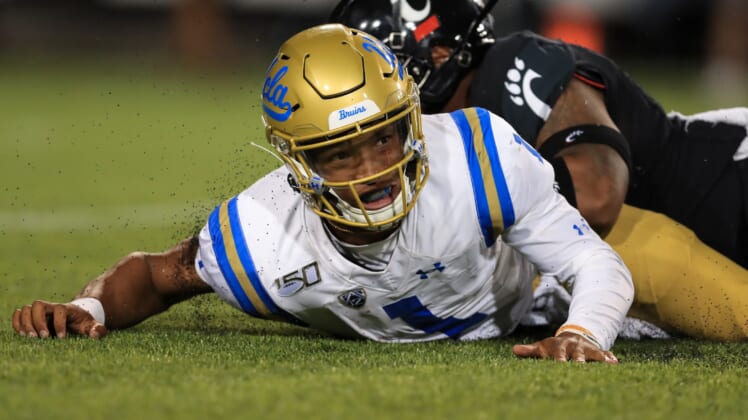 UCLA Burins quarterback Dorian Thompson-Robinson entered his second season hoping to clean up his freshman mistakes and take a step forward in his sophomore season. Instead, he made a play that will be on his lowlight reel for the rest of his career.

Just a few plays after UCLA’s offense moved inside the 10-yard line and sat on the verge of scoring. Thompson-Robinson rolled out of the pocket and somehow fumbled the football while trying to wind up releasing the football.

The sophomore quarterback showed flashes last season in Chip Kelly’s offense, but there’s just no excuse for this disaster of a play. Dorian-Thompson’s blunder directly took away points from UCLA’s offense and helped lead to a touchdown for Cincinnati.