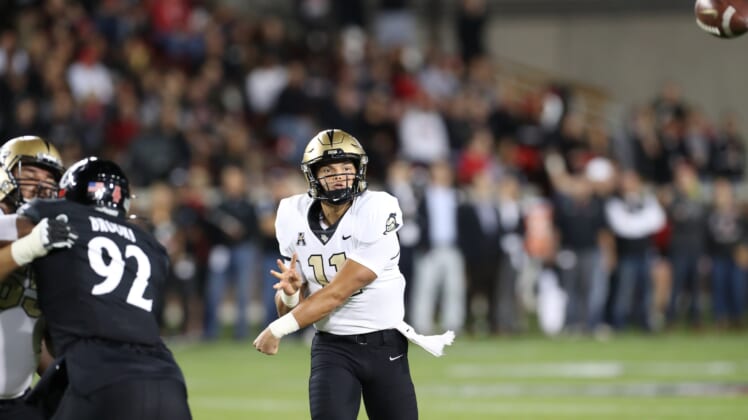 During the third quarter of UCF’s game against Tulsa Friday night, Knights quarterback Dillon Gabriel took a huge shot to the head as he was getting rid of the ball following a strange play.

Watch this play unfold. The ball was snapped well before anyone was ready for it. Gabriel scrambled to get it off the ground and did so. Then, he released it right as he was getting blasted by a couple of Tulsa defenders, one of which hit him in the head on a helmet-to-helmet blast.

UCF head coach Josh Heupel was furious because initially this was ruled a fumble. Then, upon review, the refs correctly determined that Gabriel did in fact throw it after gaining possession, and that it was an incomplete pass.

Just a wild, crazy play. And thankfully, after taking one play off, Gabriel was back on the field for the Knights, no worse for the wear.