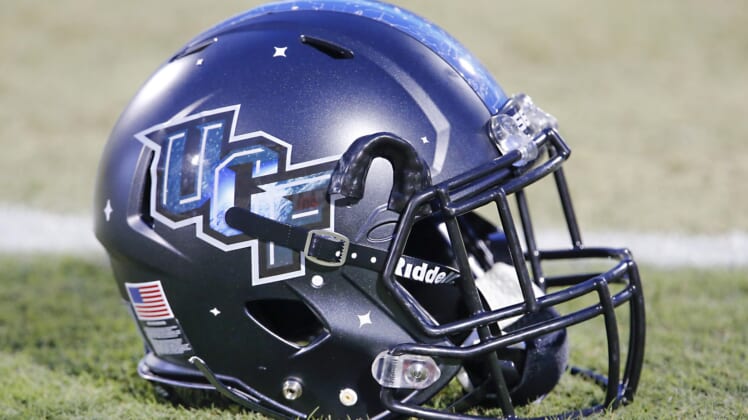 The UCF Knights got off to a slow start and went into halftime against Pitt down 21-10. However, after scoring quickly to open the second half, their defense showed up and forced a punt, which resulted in an electric 87-yard touchdown for Otis Anderson.

Somehow, he ducked under one tackle, evaded a couple more and made his way to the end zone.

UCF’s special teams made a huge blunder earlier in the game. This more than made up for it.

Just a remarkable play that put the Knights up 24-21, and the tables have suddenly turned in a big way in this game.