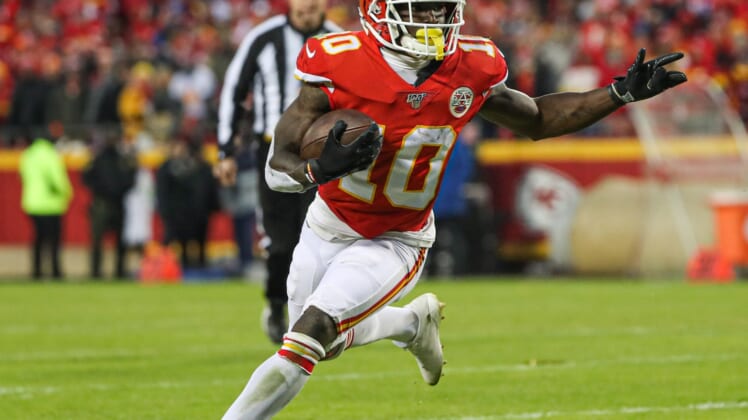 The Kansas City Chiefs fell behind early in the AFC Championship Game. Fortunately, as the team proved last week, it knows just how to respond. Chiefs receiver Tyreek Hill put his speed on display and made it a game once again with an eight-yard touchdown.

Kansas City’s offense moved down the field quickly, executing on a fourth down to keep the drive alive. After a defensive holding penalty put the offense inside Tennessee’s 10-yard line, Andy Reid called the jet sweep and Hill took it the distance.

Hill caught some attention before the game even started with a bizarre pre-game introduction. He’s already putting that moment in the past, showing everyone how dangerous he is in the open field.

While another slow start from the Chiefs might have concerned some, they quickly responded with an easy drive to prove why they can never be kept down for long.