WATCH: Tyreek Hill shows off ridiculous hops off of one leg 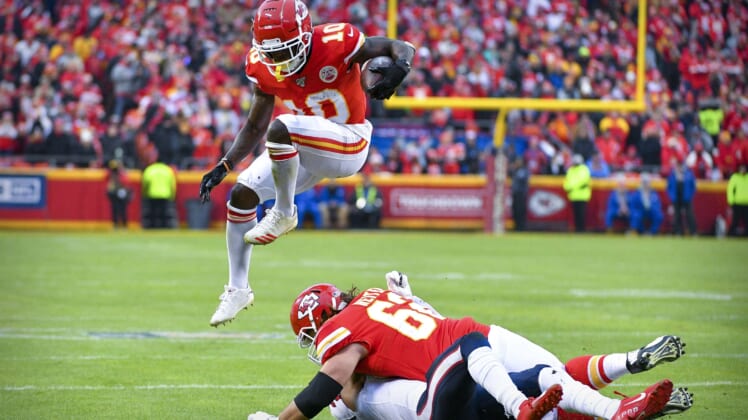 NFL fans have gotten used to seeing Kansas City Chiefs wide receiver Tyreek Hill do unbelievable things on the field. Now, the Pro Bowl receiver is showing off the work that makes him one of the league’s best playmakers with an absurd video.

Hill already blew our minds with this insane workout from May, when he did a hamstring exercise that shows why he is so hard to stop. If that wasn’t impressive enough for NFL fans, this video takes it to the next level.

Most people can’t even jump over boxes that high if they got a running start, but Hill isn’t like most people. Years of insane work and some incredible athleticism have led to him jumping over boxes with a single hop off one leg.

We already knew Hill could post some incredible highlights with his game-changing speed. It looks like NFL defenders will have to get used to him leaping over them, too.