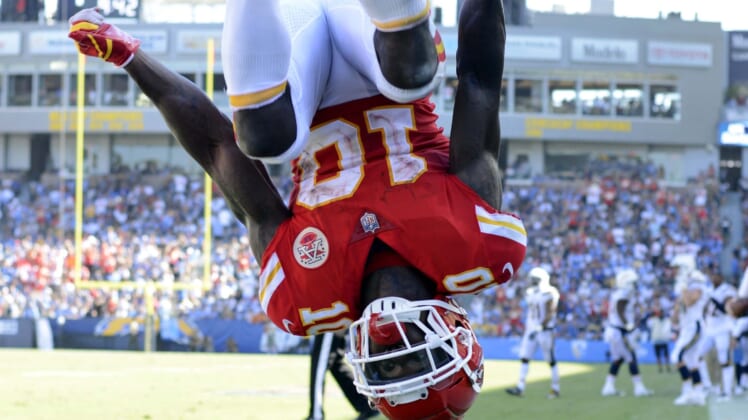 The Kansas City Chiefs were not messing around early in their AFC Divisional Playoff game against the Indianapolis Colts on Saturday.

Already up 7-0 early after a 90-yard touchdown-scoring drive, Kansas City went for an early knockout blow. That included head coach Andy Reid rolling the dice on a fourth and short from around midfield.

You really thought the conditions were gonna slow down Tyreek? ? @cheetah pic.twitter.com/Ws0FSPpIl5

The field vision. The blocking. Hill’s athleticism. They were all on full display as Kansas City took a 14-0 lead a little more than midway through the first quarter.

If we thought the snowy conditions at Arrowhead would slow Hill and the Chiefs down, we were sorely mistaken. Whew.