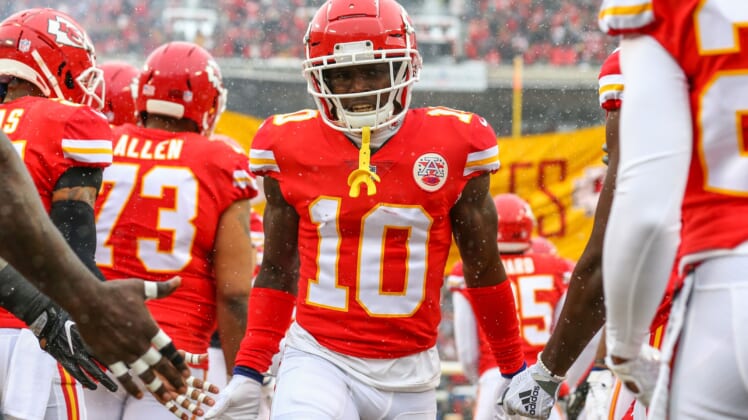 No Patrick Mahomes, no problem. With the reigning NFL MVP out due to a knee injury, backup quarterback Matt Moore stepped up and helped get the route started against the Denver Broncos Thursday night.

Already up 20-6 in the third quarter, Moore found Tyreek Hill wide open down the right sideline. Cheetah did the rest, burning Denver’s defense on a brilliant 57-yard touchdown.

This is the second consecutive game that Hill has taken the top off a defense since returning from injury. He did the same thing last week against the Houston Texans.

As it relates to Moore, this represents his first regular-season touchdown pass since he was a member of the Miami Dolphins back in 2017. Go figure.