Tylor Megill lasted a career-high seven innings and struck out a career-best 10 batters Friday night, when the host New York Mets took advantage of several miscues by the reeling New York Yankees to earn a 10-3 win in the opener of a three-game Subway Series.

The Mets (71-71), who began Friday five games behind the Atlanta Braves in the National League East and five games back of the San Diego Padres in the race for the second NL wild card, won for the ninth time in 13 games.

The Yankees (78-63), who entered Friday with a half-game lead over the Toronto Blue Jays in the race for the second AL wild card, have dropped seven straight and 11 of 13 since a 13-game winning streak.

Megill (3-4), who went six innings four times in his first 14 starts, allowed two runs on four hits while walking one. He allowed a run apiece in each of the first two innings — Brett Gardner tripled with one out in the first and scored on Aaron Judge’s groundout before Joey Gallo homered with one out in the second — but retired 16 of the final 19 batters he faced.

Megill is the sixth Mets pitcher to last at least seven innings while striking out at least 10 against the Yankees and the first since Dillon Gee did so on May 30, 2013.

The Mets scored their first six runs in unusual fashion. With two outs in the first, Jonathan Villar was out by 20 feet when he tried scoring from second on a single by Javier Baez, but a replay review showed Gary Sanchez never tagged Villar. 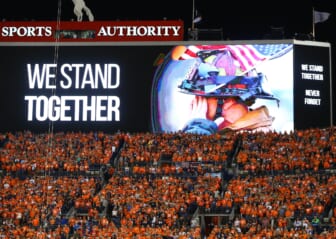 Lindor homered to chase Montgomery in the fourth, with Baez adding an RBI double. Baez and McNeil each scored in the seventh when Gleyber Torres overthrew Anthony Rizzo on a potential inning-ending double-play grounder by McCann. 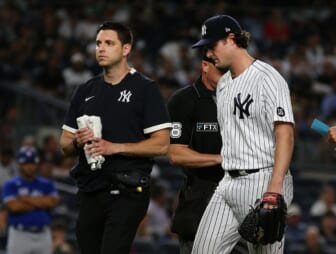 Rizzo homered leading off the ninth for his 20th of the season.