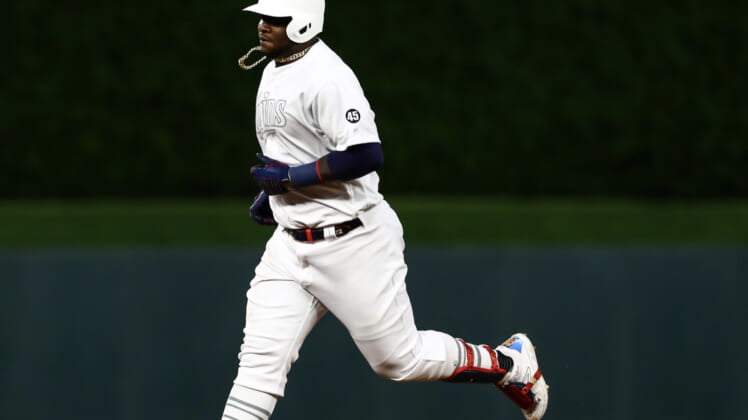 We don’t normally see massive homers hit dead center at Fenway Park. But given just how much the Minnesota Twins are knocking the cover off baseballs this season, it’s no surprise that one of their stars did just that Tuesday night.

Former All-Star Miguel Sano knocked a 452-foot homer off Red Sox pitcher Rick Porcello in the top of the fifth to give Minnesota a 6-0 lead. It was an absolute blast.

Not only did the ball travel north of 450 feet, it had an exit velocity of 111 mph. The thing was absolutely screaming before it landed right in front of the scoreboard.

This followed a homer from Nelson Cruz earlier in the fifth inning. Minnesota has now hit a MLB-record 271 homers on the season. It has 24 games remaining after Tuesday’s contest.