WATCH: Twins’ Byron Buxton with absolute bomb for first HR of the season 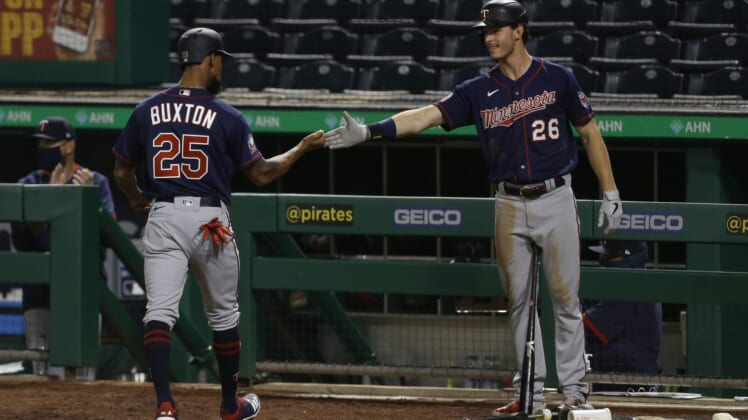 After breaking the single-season record for homers in 2019, the Minnesota Twins have been a bit cold in that regard thus far during the 2020 campaign. Despite boasting a 10-2 record, Minnesota had tallied just 17 homers in 12 games heading into Thursday’s outing against the Pittsburgh Pirates.

For his part, young outfielder Byron Buxton is known more for his glove than his prowess hitting the ball out of the park. In fact, the 26-year-old entered Thursday’s game against Pittsburgh hitting .158 with zero homers and two RBI in eight games.

That changed big time against Cody Ponce in the top of the fourth inning. Tied at three, Buxton hit an absolute bomb off the reliever.

Talk about dead red. That ball traveled a whopping 431 foot to center field with an exit velocity of 108 miles-per hour. This represents one of the longest homers of Buxton’s career.

If Minnesota can start getting production from those not known for their ability at the plate, they will be a major threat to the likes of the New York Yankees, Houston Astros and Oakland Athletics in the American League. That’s for sure.