WATCH: Tulsa scores two TDs in span of one second against SMU 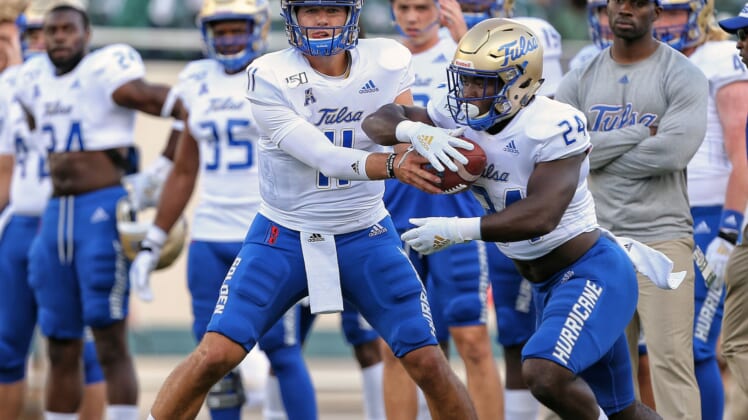 SMU is officially on upset alert after being victimized by two Tulsa touchdowns in the span of one second of game time Saturday night.

It started when Zach Smith completed a 58-yard touchdown pass to Keylon Stokes. Then, on the kickoff following that score, Kendarin Ray recovered the ball in the end zone after it touched the SMU return man.

In the span of just one second off the game clock, Tulsa went from being down 3-6 to being up 16-6 over the Mustangs.