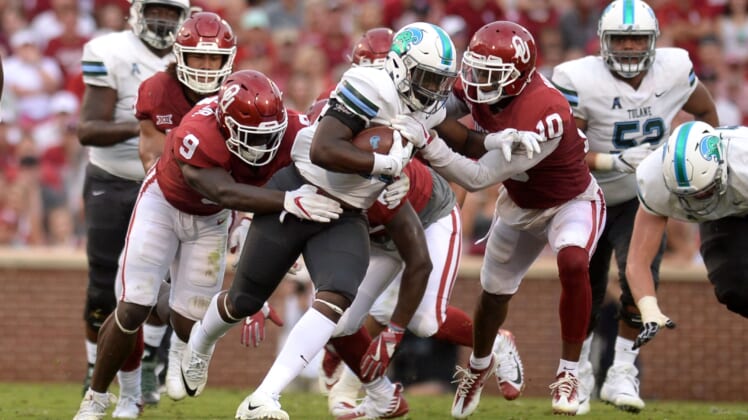 In a game that has already seen its share of big plays, Tulane Green Wave running back Darius Bradwell added on in the first quarter with an explosive touchdown run against the Memphis Tigers.

Facing a fourth down at Tulane’s 47-yard line, Bradwell burst through a hole for the first down then ran away untouched into the end zone for the 53-yard score.

Darius Bradwell to the house for the score pic.twitter.com/NxGaAYZ9lY

Bradwell made his presence known in a game where Memphis’ running back Darrell Henderson, the nation’s leading rusher, also broke off a big touchdown run.

The first quarter isn’t even over yet and 21 points have already been scored with the help of two huge touchdown runs. This edition of college football on Friday night could turn into an even more explosive battle on the ground.