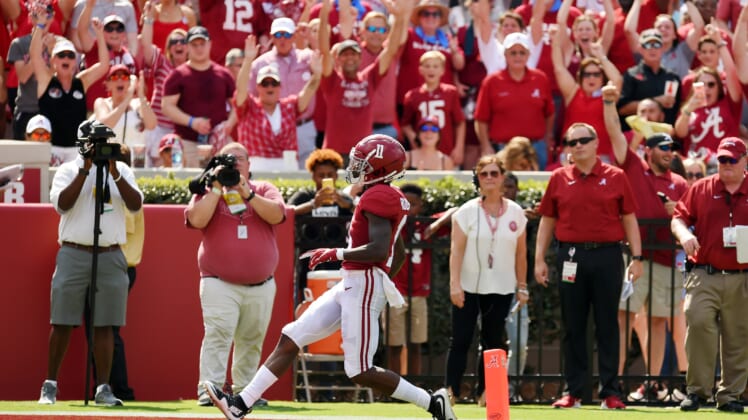 It’s a connection unlike any other in college football. Alabama Crimson Tide quarterback Tua Tagovailoa went to his go-to receiver Henry Ruggs III and the explosive playmaker took it the distance.

It only took three plays before Alabama showed Southern Mississippi why it’s no match for Taylor’s speed. Ruggs worked a quick slant, Tagovailoa drilled him between the numbers and Ruggs’ breathtaking speed took it the distance.

Alabama’s receiving corps is loaded and opposing defenses already have their hands full throwing additional coverage towards Jerry Jeudy. Ruggs continues to take advantage of it this season with monster touchdowns on a weekly basis and that trend will only continue from here.