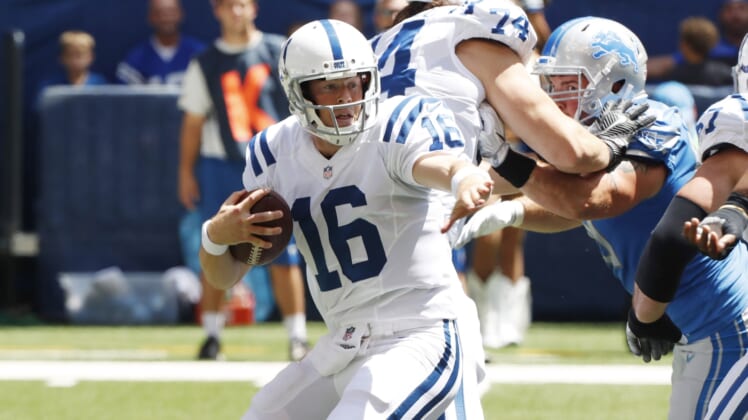 Scott Tolzien’s first pass of the 2017 NFL season couldn’t have gone much worse for him, or better for Los Angeles Rams cornerback Trumaine Johnson.

Trumaine Johnson picks off Scott Tolzien and takes it 30 yards to the house! 10-0 LA. pic.twitter.com/SyDJES7UGQ

Facing a third-and-10, Tolzien dropped back and threw an absolute duck towards T.Y. Hilton. Johnson, though, stepped up, caught the ball, and took it back 39 yards for the score.

If that’s the best Scott Tolzien that he can be, then the Indianapolis Colts are in an awful lot of trouble. With Andrew Luck not even practicing, things are not looking well for Indianapolis.

On the other end of things, it’s a fantastic start for the Rams and their defense. Even if many aren’t on hand to see it.