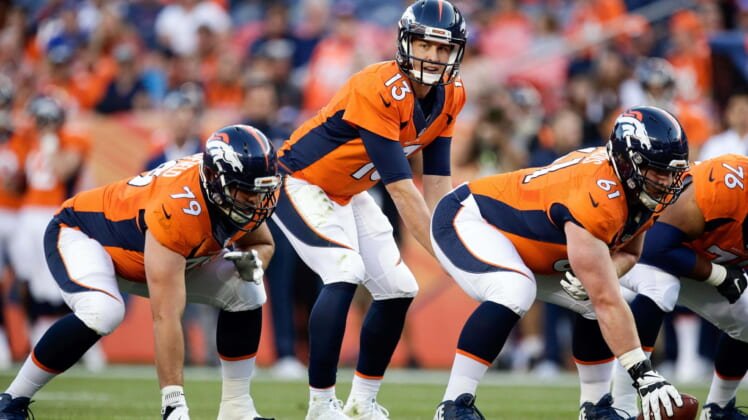 Trevor Siemian got the opportunity to make a statement as the starting quarterback for the Denver Broncos Saturday night. Unfortunately he made the wrong one.

To be fair, Siemian actually wasn’t all bad. He led Denver on a scoring drive to open the game and was sharp in the process.

But his lone mistake cost the Broncos dearly. Siemian was intercepted by San Francisco 49ers safety Eric Reid, who went 42 yards for the pick-six.

Siemian came in for one more series in this game, which ended in a punt after two straight incompletions.

He was replaced by Mark Sanchez in the next series, likely ending his night on quite the sour note.

After Sanchez got the start in Week 1 and had his up-and-down moments, this was Siemian’s chance to potentially force head coach Gary Kubiak to play in as the starter in Week 3 — the tune-up for the regular season.

After costing his team seven points, he may have forced Kubiak’s hand the other way.