WATCH: Trae Young opens his career with Hawks on a very sour note 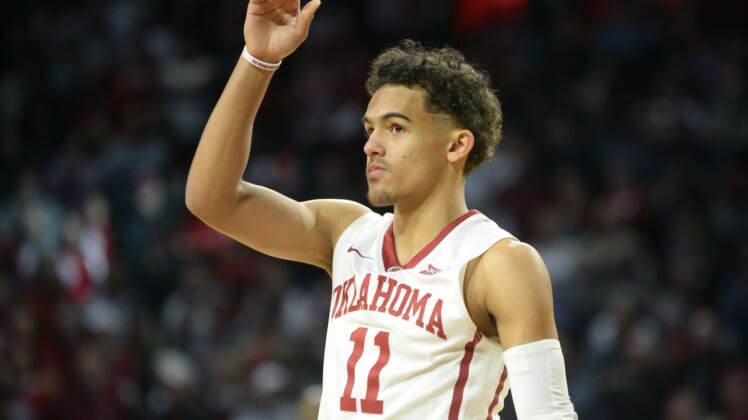 Trae Young is supposed to be the next Stephen Curry.

He was selected No. 5 overall because the Atlanta Hawks really believe he’s going to be that good.

In college, he was pretty darn good. He averaged 27.4 points and 8.7 assists per game at Oklahoma, and his range from outside the arc is pretty special, too.

Unfortunately, his NBA career didn’t get off to an idea start. Especially as it concerns his shooting prowess.

Now, obviously this doesn’t portend doom for the young man. Maybe this is just a case of nerves. Maybe he just had a bad tuna sandwich for lunch.

That being said, this absolutely wasn’t what the Hawks were hoping to see from their first-round pick. The best we can say is, at least he showed up for work, unlike a fellow rookie.