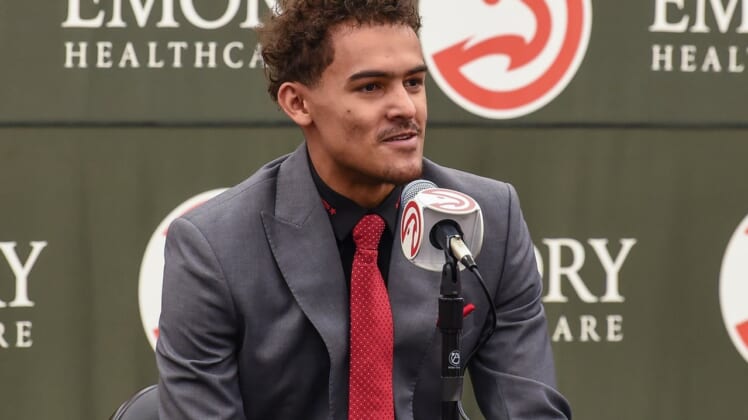 The Summer League has been a bit of a struggle for Atlanta Hawks rookie No. 5 overall pick Trae Young.

After a record-setting season at Oklahoma last year, Young started his professional career with some ugly-looking shot attempts (watch here).

Now that the Summer League has transitioned to Vegas, it certainly looks like the sharpshooter has found his range. Saturday’s game against the New York Knicks showed this in a big way.

Here, Young casually nails a 30-foot three on a pick-and-roll.

Then, later in the first half, the rookie pulled up from the freaking logo.

It’s this type of range that made Young a hot commodity leading up to last month’s NBA Draft. After all, here’s a dude that hit on 118 three-point attempts while leading the nation in scoring last season.

Certainly, Young has a way to go before being mentioned in the same sentence as Stephen Curry. But it’s this type of range that has Atlanta believing it has a game-changer on offense.