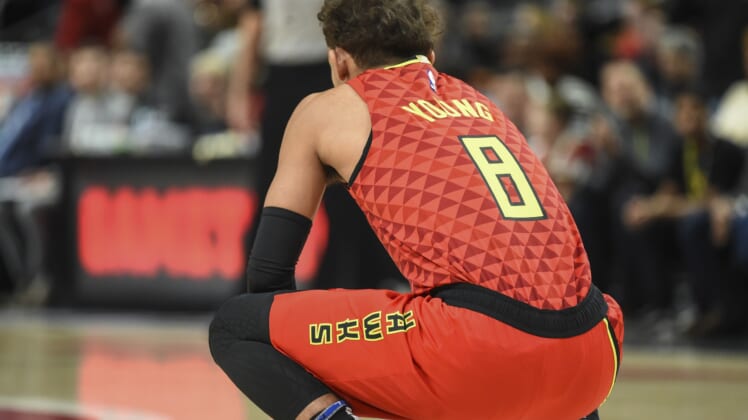 Atlanta Hawks point guard Trae Young grew up watching Kobe Bryant sink incredible shots in the No. 8 jersey. So it was only fitting that on the night Young wore Bryant’s number, he made one of the best shots in his career.

Young was emotional before the game after learning about the tragic deaths of Kobe and Gianna Bryant, along with seven others, in a tragic helicopter crash.

The 21-year-old guard took the court with a heavy heart and the No. 8 on his back, then ended an incredible first half by drilling a halfcourt shot to beat the buzzer. He then pointed to the sky and paid tribute to Bryant.

Young is already an incredible player to watch on most nights, but Sunday just feels different. He finished the first half with 21 points, 10 assists, three rebounds and one steal.

Something about his performance felt special against the Washington Wizards and this incredible shot just proved it. Young is playing for Kobe Bryant and is delivering the kind of performance that would make Kobe smile.