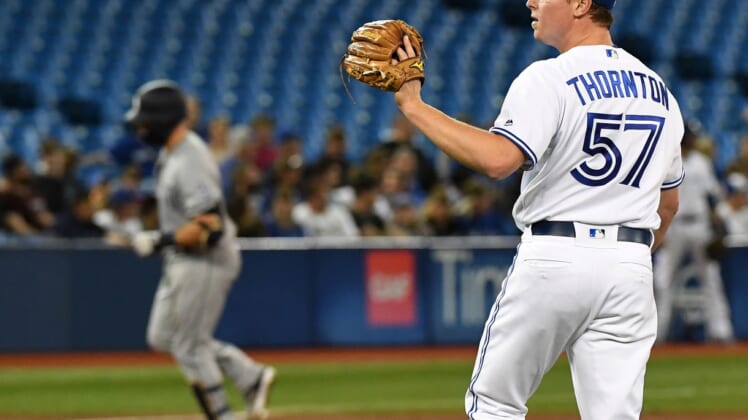 As Toronto Blue Jays fans at the Rogers Centre watched one home run after another leave the yard and their team fall even further behind, they were left with only one choice to pump themselves up.

Thousands of Toronto’s fans started letting out a collective “Let’s Go, Raptors” chant while the Blue Jays got blown out in front of their very own eyes.

It’s hard to blame Toronto’s fan base for turning their attention to more important matters given what was unfolding in front of them.

Before the eighth inning was even over, the San Diego Padres led 19-3 and set a club record with seven home runs in a single game.

Fortunately for fans at the game, it appears there won’t be too much traffic to leave the Rogers Centre.

They’ll have plenty of time to get home and watch Saturday’s critical Game 6 matchup between the Raptors and Milwaukee Bucks with a chance to celebrate something truly special with a win.