WATCH: Toronto Blue Jays fall further back with another loss to Minnesota Twins 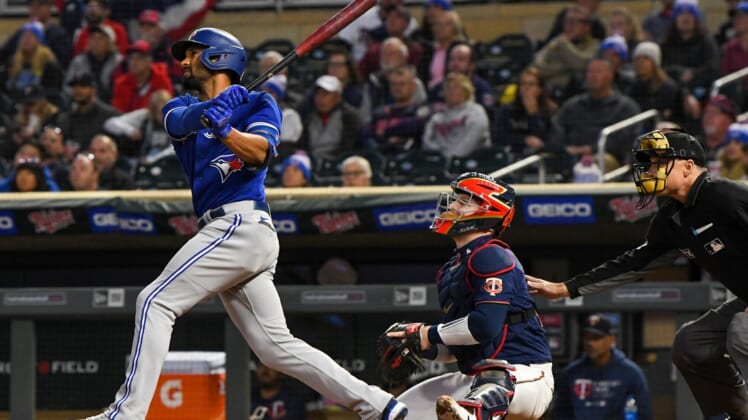 Byron Buxton homered and five Minnesota pitchers combined for a four-hitter as the Twins handed the Toronto Blue Jays a 3-1 loss on Friday night in Minneapolis.

The defeat dropped Toronto (85-69) two games behind the New York Yankees (87-67) in the race for the American League’s second wild-card spot. The Blue Jays and Yankees still have a three-game series remaining starting on Tuesday in Toronto.

Luis Arraez tripled and had two hits for Minnesota (69-85), which won its fourth straight game and second in a row over the Blue Jays to begin their four-game series.

Twins starter Bailey Ober (3-3) picked up the victory after allowing one run on four hits over 5 1/3 innings. The 6-foot-9 right-hander didn’t walk a batter and struck out six. Alex Colome retired the side on just five pitches in the ninth to notch his 16th save.

Marcus Semien homered and doubled for the Blue Jays. Jose Berrios (12-9), making his first start at Target Field since being traded by the Twins to the Blue Jays on July 30, took the loss allowing three runs on five hits over six innings. He walked two and struck out 10.

Minnesota needed just two hits to take a 3-0 lead in the third inning. Andrelton Simmons led off with a walk and then came around to score when Arraez tripled to right. Buxton then hit the next pitch 416-feet to dead center for his 15th home run in 54 games this season, just one off his career high of 16 accomplished in 140 games in 2017. 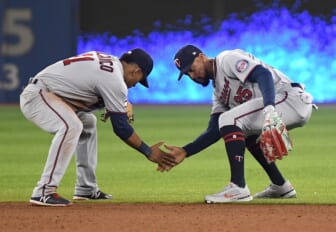 Semien cut it to 3-1 in the sixth with his 42nd home run of the season, a 439-foot drive to the back of the bullpen in left-center, chasing Ober.

But that would be the final hit of the game for the Blue Jays as Jorge Alcala, Juan Minaya, Tyler Duffey and Colome combined for 3 2/3 hitless innings of relief.