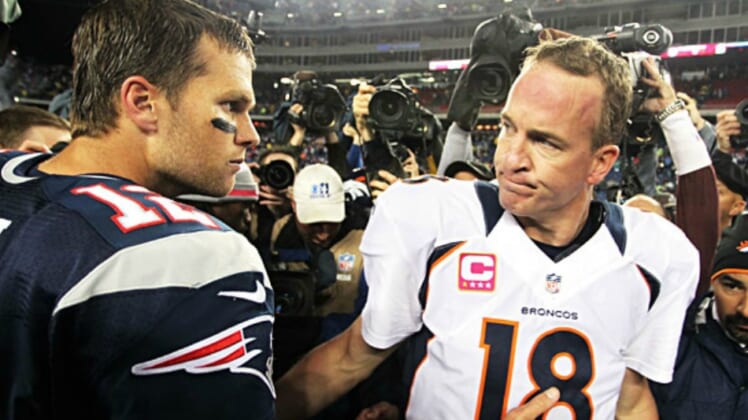 Tom Brady and Peyton Manning had one of the best rivalries in the NFL when both of them were playing, and in a recent interview they clashed once again.

This time, it was a playful battle of words.

In an appearance with Manning on his ESPN show “Peyton’s Places,” Brady said Manning was “full of sh–” after the retired quarterback said the Colts never pumped crowd noise into the RCA Dome.

Here’s video of the funny exchange:

Watching that hilarious short clip, you get the sense that these two former rivals could argue like that all day and all night.

Though, if we’re being honest, Brady should probably not be calling Manning out for anything resembling cheating.