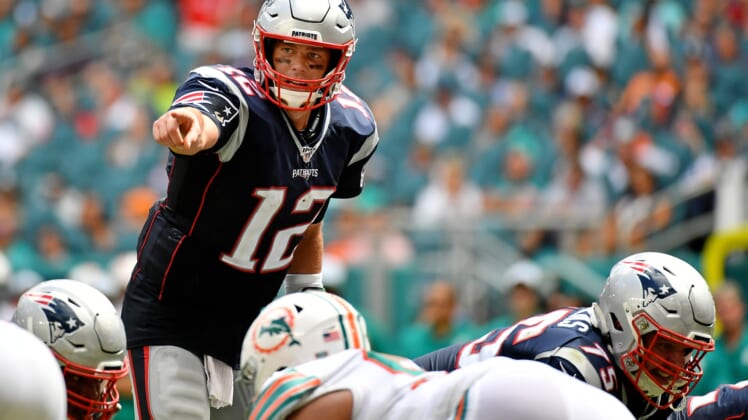 The greatest of all-time now stands second on the all-time touchdown list. With his New England Patriots dominating the New York Jets early on Sunday, Tom Brady completed nine of his first 10 passes.

It’s just a continuation of a dominating early-season performance from Brady and the defending champs. It also included a 25-yard touchdown pass to Phillip Dorsett.

With Brees out for the foreseeable future, Brady has an opportunity to separate himself from the fellow future Hall of Famer over the next several weeks.

The six-time champ is also 17 touchdowns from surpassing Manning for No. 1 on the list. At this rate, that’s going to happen before Sunday’s game is over.