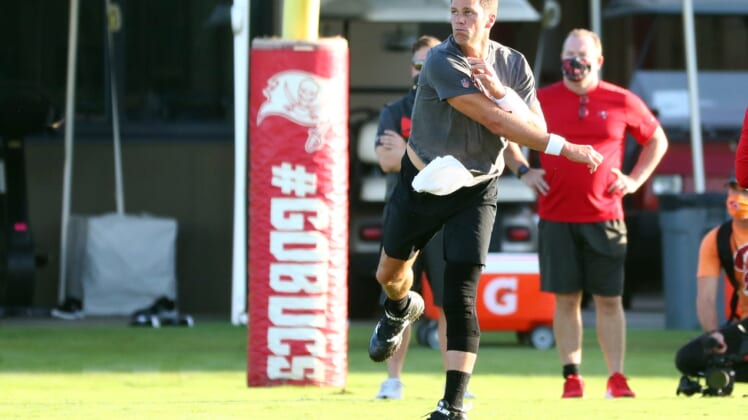 We won’t fully appreciate just how weird it’s going to be to see six-time Super Bowl champion Tom Brady in a Tampa Bay Buccaneers uniform until just before their Week 1 game against the New Orleans Saints in about a month.

After spending 20 years with the New England Patriots, Brady shocked the masses by signing with Tampa Bay back in March. He’s now at training camp in Florida and showing out in a big way.

As the caption in the video says, “poetry in motion.”

Brady has apparently been working out extremely hard this summer. It’s an effort to prove that his success in New England wasn’t more about the man on the sidelines, one Mr. Bill Belichick.

More than anything, the 2020 season will be defined by how Brady performs in Tampa Bay in comparison to what we see with the new-look Patriots in New England.

Brady, 43, is coming off one of the worst statistical performances we’ve seen from the all-time great in more than a decade. The future Hall of Famer threw for north of 4,000 yards with 24 touchdowns and eight interceptions. That still seems pretty good, right?