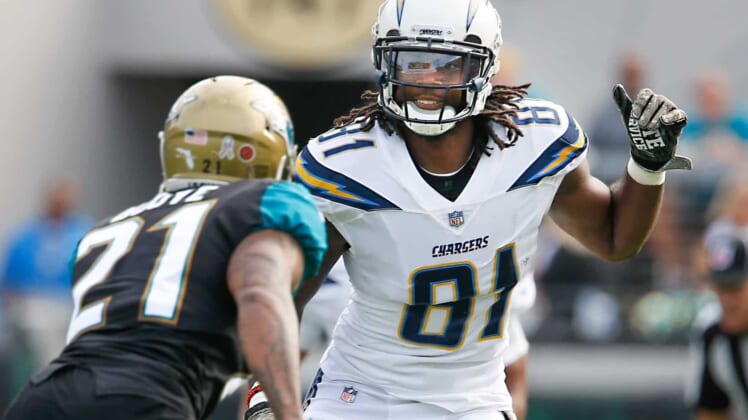 Mike Williams is known for making some big plays down the field, but the Tennessee Titans forgot all about him early in the third quarter of Sunday’s game in London.

The Los Angeles Chargers, who scored on their first play from scrimmage in the first quarter, picked up right where they started.

Philip Rivers saw Williams break wide open down the right sideline as literally no Titans defender followed him, and he hit him in stride for the too-easy 55-yard touchdown.

The Titans have controlled the clock in this game, rattling off 35 plays compared to just 9 for Los Angeles. But the scoreboard tells us a different story, as the Chargers now lead 17-6 early in the third quarter.