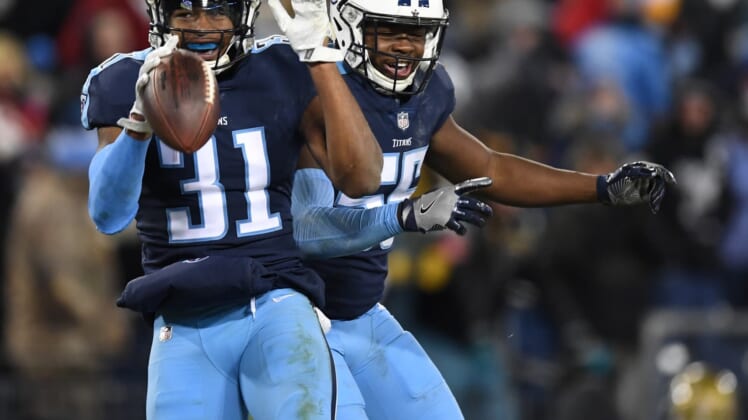 Just when the Tennessee Titans were getting some momentum in their key game Sunday night against the Indianapolis Colts, Adoree’ Jackson made an epic blunder.

The cornerback was back to return a punt and should have let the ball bounce. He did not, and the ball careened off his hands, allowing the Colts to re-gain possession inside the red zone.

This huge mistake came on the heels of an Andrew Luck pick-six to Jayon Brown that finally got the Titans on the board in a game that had previously been dominated by the Colts.

Things got weird afterward, however. Instead of taking advantage, the Colts gave the ball right back to Tennessee, with Jayon Brown once again coming up huge for his team.

Talk about a wild, crazy sequence. Clearly, nerves are playing a role on both teams in a must-win game to get into the playoffs.