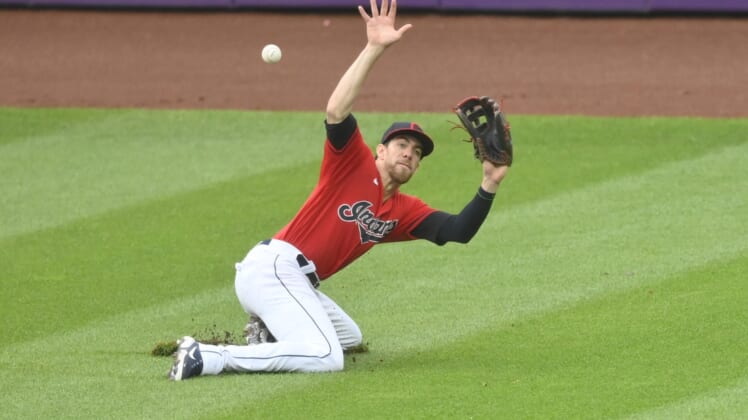 Harold Castro and Jonathan Schoop each drove in three runs to lift the visiting Detroit Tigers to a 9-4 victory over the Cleveland Indians on Wednesday in the first game of a doubleheader.

Castro and Akil Baddoo each had three hits for Detroit, and Jake Rogers and Jeimer Candelario added an RBI single apiece. The Tigers banged out 15 hits to secure their sixth win in the past nine games.

Cleveland’s Bobby Bradley belted a pair of solo shots for his first multi-homer performance of his career. Jose Ramirez added his team-leading 18th homer and Cesar Hernandez also went deep for the Indians, who have lost three of their past four games.

A 2 1/2-hour rain delay did little to slow the offenses of both teams, with Cleveland launching a solo homer in each of the first four innings.

Bradley, who went deep to lead off the second inning, forged a 4-4 tie in the fourth after depositing a first-pitch sinker from Jose Urena over the wall in left-center field.

Detroit recorded its third lead of the game at 5-4 in the fifth inning. Nomar Mazara ripped a two-out double off Bryan Shaw (2-3) before coming home two batters later on Castro’s single to left field.

That made a winner out of Kyle Funkhouser (2-0), who retired all five batters he faced in relief of Urena.

Detroit’s Miguel Cabrera had a sacrifice fly and Candelario added an RBI single to provide insurance in the sixth inning. Schoop padded the cushion with a two-run single in the seventh.

Ramirez opened the scoring in the first inning with a homer just inside the right field foul pole before Detroit responded with a pair of runs in the second. Castro worked an eight-pitch walk with the bases loaded against Cal Quantrill, and Rogers followed with an RBI single.

Bradley’s first homer knotted the contest at 2-2 before Hernandez deposited a 2-1 changeup from Urena over the wall in right field in the third inning.

That advantage was short-lived, however, as Castro plated Zack Short with a double to center in the fourth inning before coming around to score on Schoop’s sacrifice fly.