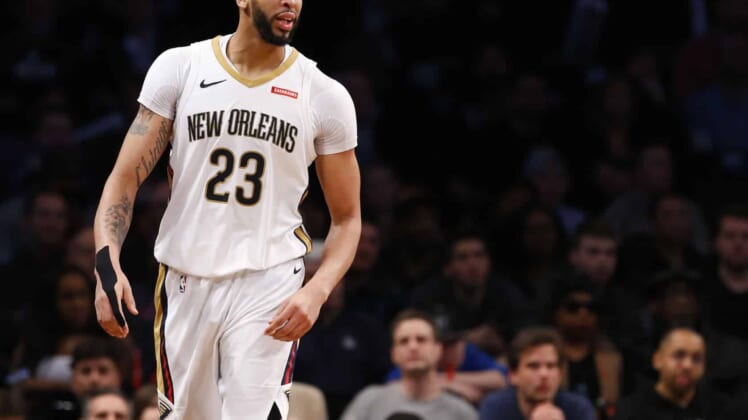 New Orleans Pelicans fans seem to be completely over disgruntled big man Anthony Davis. Mere weeks after the trade deadline passed without Davis being traded, he’s still technically a member of the Pelicans.

But based on the comments we’ve heard from both Davis and Pelicans head coach Alvin Gentry, it’s rather obvious no one wants that relationship to still be active.

This is now translating to the team’s fan base. Ahead of Monday night’s home game against the Philadelphia 76ers at Smoothie King Center, fans could be heard loudly booing Davis during introductions.

This came after Davis himself barely worked up a sweat or even stretched during pre-game warmups.

Davis does not want to be on the court for the Pelicans right now. It’s now also obvious that Pelicans fans don’t want him on the court. And in reality, his teammates probably feel the same way.

How bad is it in New Orleans right now? Almost no one showed up for the game against one of the biggest draws from the Eastern Conference.

Meanwhile, Pelicans fans were super excited when Davis threw down an alley-oop during the game.