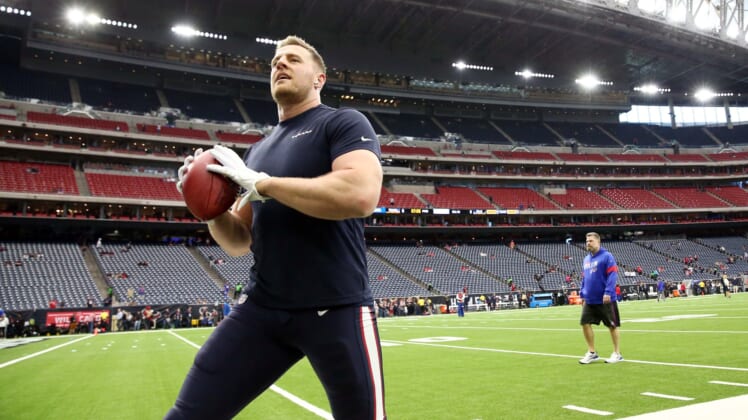 Houston Texans defensive end J.J. Watt is the heart and soul of the team. That’s why it was so big for Houston to get the three-time Defensive Player of the Year back for Saturday’s AFC Wildcard game after missing the final eight games of the regular season with a torn pectoral muscle.

Like clockwork, Watt was the first out of the Texans’ tunnel at NRG Stadium ahead of their game against the Buffalo Bills.

In typical Watt fashion, he absolutely pumped up the home crowd in a huge way.

Even if Watt is nowhere near 100%, his mere presence on the field will end up being a major boon for Houston.

While it didn’t start out that way Saturday afternoon, there’s a lot of time for Watt to make the type of impact we all know he has within himself after a surprisingly early return from such a serious injury.