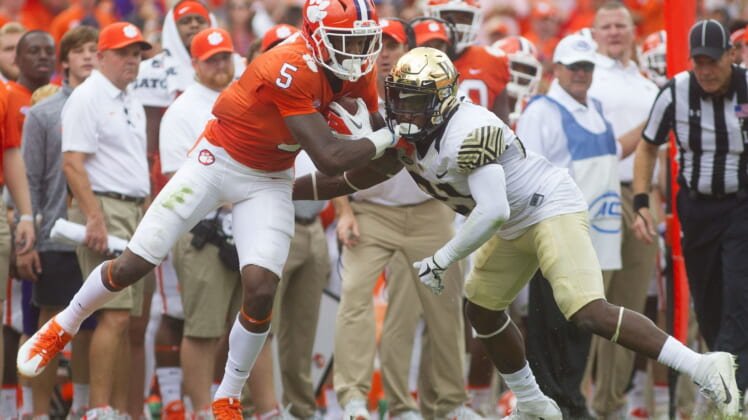 The Clemson Tigers already were headed into the half with a two-score lead over the Notre Dame Fighting Irish, but wide receiver Tee Higgins decided that wasn’t enough.

The electrifying sophomore wide receiver went up in the air and made an unbelievable pinball catch in tight coverage, then got a foot inbounds as he fell down for the game-changing touchdown before the half.

Higgins had been held fairly quiet all game with true freshman Justyn Ross making big plays on a 52-yard touchdown and a 42-yard touchdown. When it mattered most though in the closing seconds, Trevor Lawrence knew exactly who to throw to.

After a slugging start to the game, Clemson’s offense is now rolling with big plays and stout defense. Staked to a 23-3 lead at halftime, the Tigers are closing in on another trip to the CFB National Championship Game.