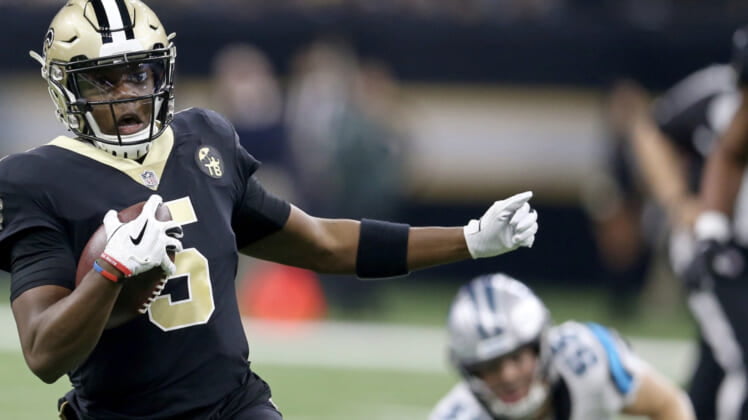 A long road to recovery had already paid off for New Orleans Saints quarterback Teddy Bridgewater when he was announced as the starter for Week 17.

Now, three years after he threw his last touchdown pass, Bridgewater hit pay dirt once again as a passer.

Bridgewater stood in the pocket and delivered a prefect strike to wide receiver Tre’Quan Smith for the nine-yard touchdown. It is Bridgewater’s first touchdown pass since Dec. 27, 2015.

Bridgewater missed the entire 2016 season after suffering a devastating knee injury that left his career in jeopardy. He wouldn’t return to the field until Dec. 17, 2017, when he took the field in a very emotional moment.

Now Bridgewater can add one more ‘first’ to his return back to football with the touchdown pass. The 26-year-old will be coveted as a free agent this offseason, so it could be one of many touchdowns to come in his career.