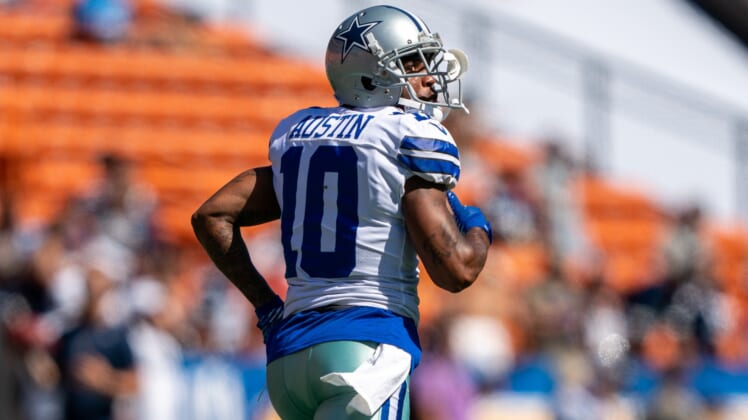 Dallas Cowboys wide receiver Tavon Austin had this date circled for weeks. When the opportunity came to get revenge on his former team, he seized it by burning the Los Angeles Rams for a 59-yard touchdown.

Los Angeles sent pressure on Dak Prescott and nearly got home. When he slipped out of the sack and looked downfield, Austin sat all alone and the duo connected for one fo the easiest touchdowns you’ll ever see.

It’s not that the Rams forgot to cover Austin, but a teammate-on-teammate collision knocked down the cornerback and allowed Austin to escape into open space. Now, the 29-year-old is celebrating a go-ahead touchdown that is especially meaningful for him. There is no feeling sweeter than revenge and Austin got just that on Sunday.