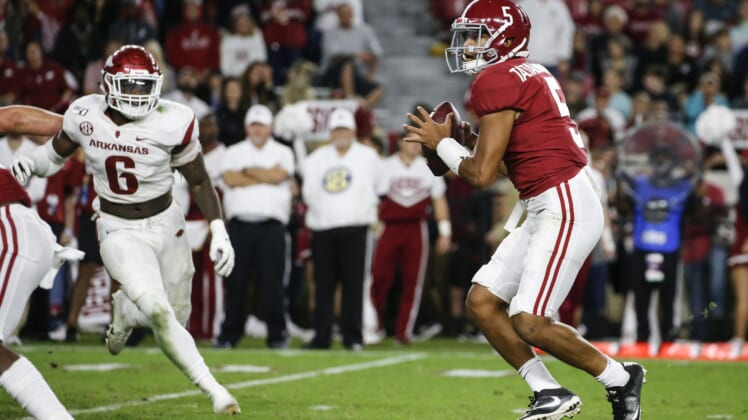 When one Tagovailoa goes down, another stepped up. After watching his brother Tua Tagovailoa’s season and collegiate career end in Week 12, Taulia started his career off with a bang by throwing his first collegiate touchdown in Week 13.

The freshman quarterback saw very few snaps for most of the season and Alabama planned to redshirt him with huge plans for him in the future. Following the season-ending injury, he’s now the backup quarterback and he took advantage of a big opportunity on Saturday.

Taulia came in for the second half after Mac Jones headed to the bench with a big lead at halftime. The younger Tagovailoa quickly took advantage of a short field by hitting receiver DeVonta Smith for his first touchdown.

A four-star recruit in the 2019 recruiting class, this is an excellent opportunity for Taulia to shine and prove he should be the starter in 2020. After watching one Tagovailoa throw touchdowns, it’s now time for another one to do it.