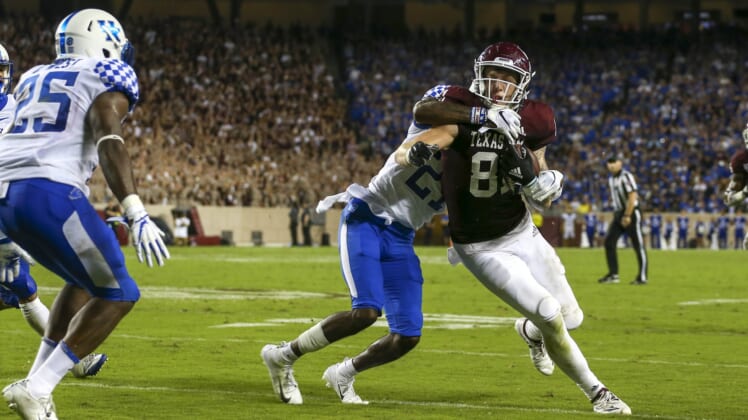 It’s not often we see a player get embarrassed to the degree Steven Montac did on Saturday. The South Carolina defensive back got absolutely owned by Texas A&M tight end Jace Sternberger, who literally dragged him 25 yards after the catch.

Stenberger got open in the middle of the field, and Kellen Mond found him in stride. The play itself went 53 yards, and half of that came after the catch, with Montac hanging on for dear life.

Is what Jace Sternberger doing here to the Safety the equivalent to dunking on someone in the NBA?pic.twitter.com/r9iCN6Qpc7

A few plays later, Mond rewarded Sternberger with a four-yard touchdown pass to put the Aggies up 10-0 over the Gamecocks.