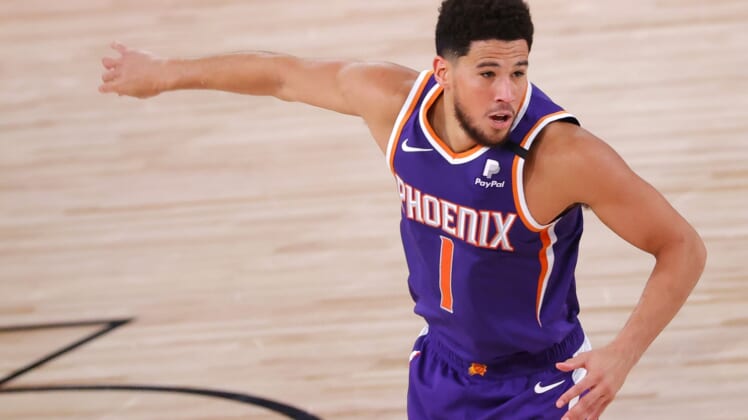 Phoenix Suns guard Devin Booker is absolutely insane. He proved that during Tuesday’s game against the Los Angeles Clippers. Pretty much a must win for Phoenix in its attempt to force a play-in-tournament for the playoffs, Booker hit the dagger of all daggers.

With the game tied up at 115 in the final seconds, Booker pulled up in front of the combination of Kawhi Leonard and Paul George before nailing the game-winning shot with less than one second left.

The degree of difficulty on this shot is just ridiculous. Not only did Booker have two great defenders on him, he nailed the fade away before falling on to the hardwood at Orlando.

This might have been the biggest shot of Booker’s young career in the desert. Phoenix has now won its first three games at the Walt Disney World bubble. It’s 29-39 on the season and three games behind the Memphis Grizzlies for the eighth seed in the Western Conference. If the Suns find themselves within four games of that final spot and as the ninth seed once the regular season comes to a conclusion, they will force a play-in tournament.