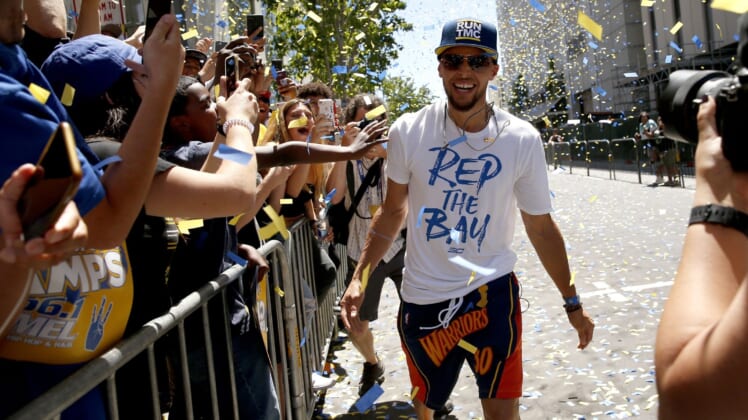 NBA superstar Stephen Curry was in Nevada competing in the American Century Celebrity Championship Sunday, and he gave some fans a thrill after the golf tournament was over.

He jumped off the roof of a boat on the lake, fully dressed no less.

Steph jumped off the top of the boat ? pic.twitter.com/qUsCG5ibel

Curry, who’s pretty darn good at golf (but don’t quit your day job just yet) ended up finishing in a tie for 11th place when the tournament was over.

Tony Romo won, beating out Mark Mulder to finally win a championship, which was quite a big topic on Twitter after the fact.