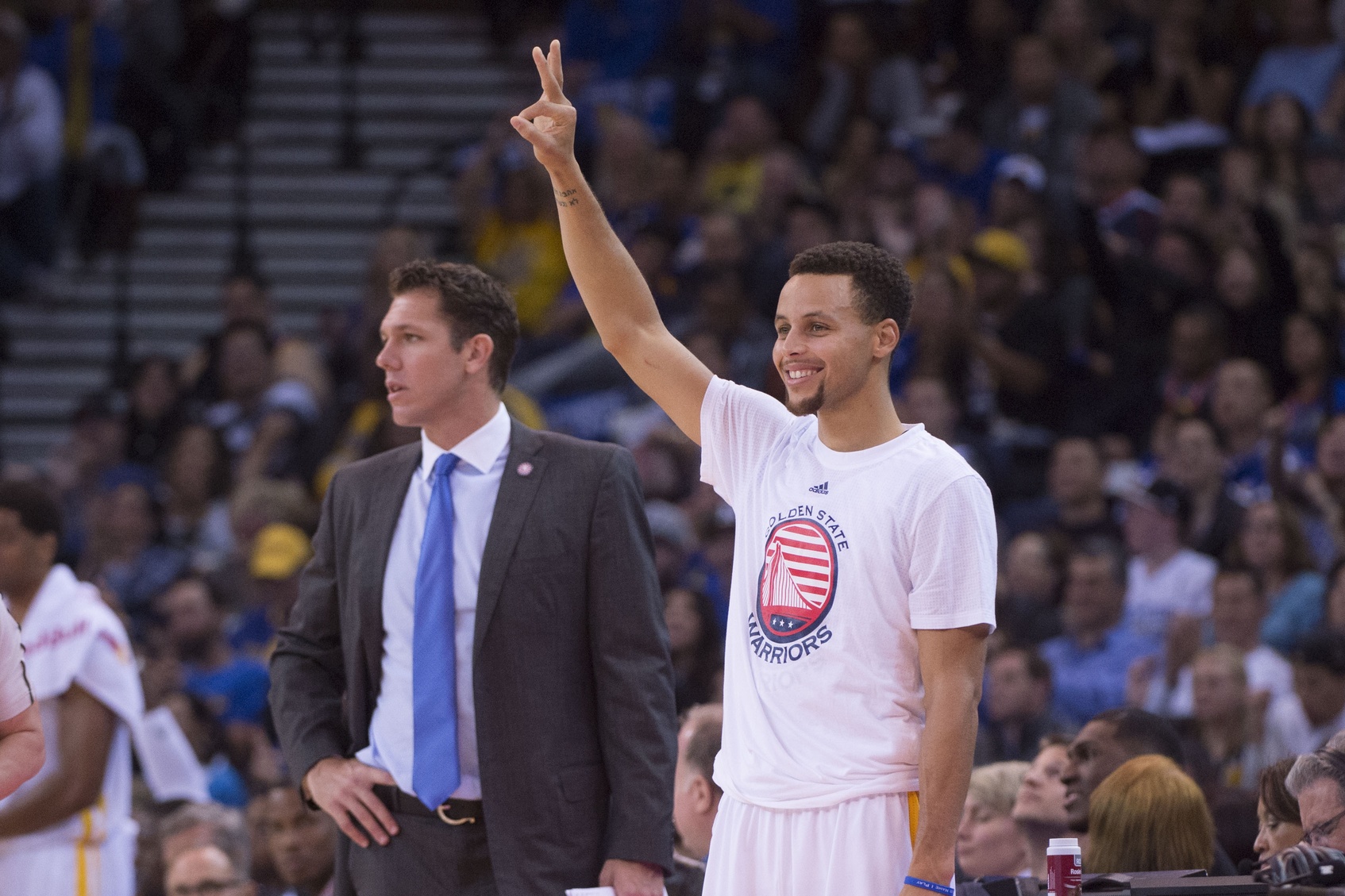 Stephen Curry isn’t a normal human being. Already on pace to utterly smash his record for most three-pointers in a single season, the Golden State Warriors star point guard broke Kyle Korver’s all-time record for games in a row with at least one triple, nailing one in the first quarter of Thursday night’s game against the Orlando Magic.

Here is the record-breaking shot, which hardly tickled the rim:

128 straight games with a 3-pointer for Steph Curry https://t.co/AU7dcnf9o1

Magic head coach Scott Skiles had mentioned earlier in the day that he could not see how Curry’s ongoing record is ever going to end, and it’s hard to argue with the former shot-maker.

Curry is well on his way to smashing the 300 barrier this year. If so, then it would mean he will have set a new single-season record for made three-point shots in three of the last four seasons.

At this point it seems safe to say the 27-year old superstar is going to have all the three-point records before he’s finished with this game.