WATCH: Stephen A. Smith once again puts foot in mouth 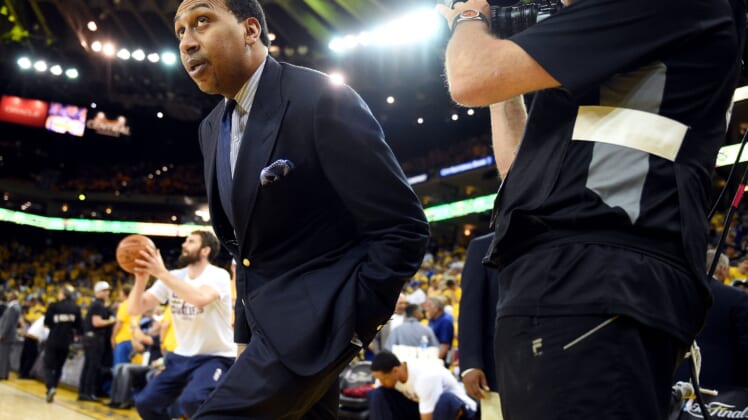 ESPN personality Stephen A. Smith is no stranger to hot takes. Some might even conclude that he puts his foot in his mouth more often than not.

That was certainly the case during First Take ahead of Game 1 of the NBA Finals between the Golden State Warriors and Toronto Raptors Thursday.

Smith decided to call out Canada while in the nation for her favoring hockey over basketball. It’s about the most cringeworthy piece of analysis that you’ll ever see.

Why does Canada care more about hockey than basketball? Well, maybe because its their national pastime. The Maple Leaf is literally on Canada’s flag and some of her coins.

This is some next-level Manifest Destiny stuff from Mr. Smith here. Helpful reminder that it’s sometimes better to left things unsaid. Unfortunately, we doubt the ESPN personality will ever heed that call.

Next up, Smith takes on maple syrup and wonders aloud why Queen Elizabeth II is prevalent in the country.