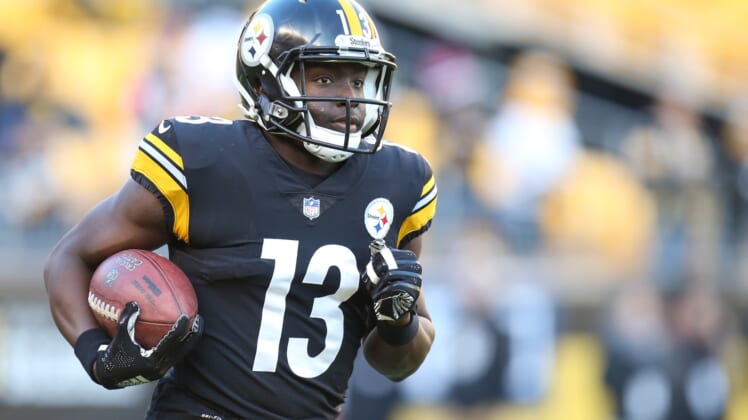 Pittsburgh Steelers wide receiver James Washington showed a penchant for makings stunning plays as a rookie. Now as he enters his second season, he seems ready to keep doing it.

On Pittsburgh’s first drive against the Tampa Bay Buccaneers, Washington got a step on the coverage to get open. Despite quarterback Josh Dobbs throwing it a little short, Washington soared into the air and snatched it for the 44-yard gain.

After trading Antonio Brown this offseason, Pittsburgh opened the door for Washington to take on a more prominent role this season. While Donte Moncrief will provide plenty of competition, Washington will be given every opportunity to prove himself in the preseason.

If Washington can keep making big plays like this and the jaw-dropping grabs he made last season, he’ll quickly earn the trust of quarterback Ben Roethlisberger.