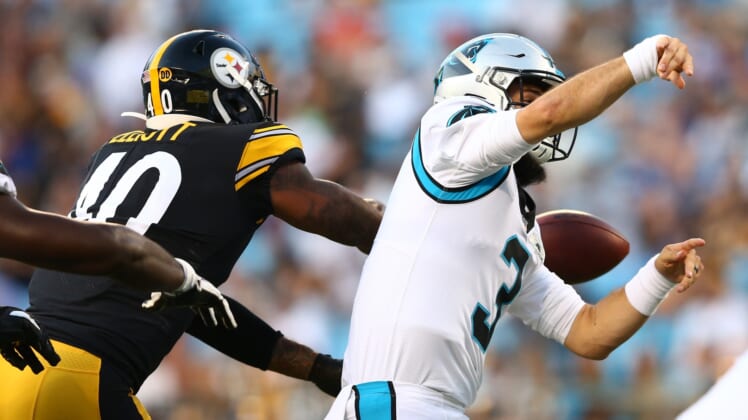 This is something we certainly don’t see every day on the football field. Just recently signed off the street, Pittsburgh Steelers linebacker Jayrone Elliott made a major impact early on during Thursday’s preseason finale against the Carolina Panthers.

With Carolina driving in the first quarter, the former Toledo standout sacked Panthers rookie quarterback Will Grier. He picked the ball up and ran 88 yards the other way for a touchdown.

It really doesn’t get much better than that. Elliott is looking to awe his coaches ahead of Sunday’s NFL roster cuts. He did just that within the first 10 minutes of Thursday’s game.

Elliott, 27, last saw regular-season action as a member of the Dallas Cowboys back in 2017. Prior to that, he played three seasons with the Green Bay Packers. He most recently played for the San Antonio Commanders of the now-defunct AAF.