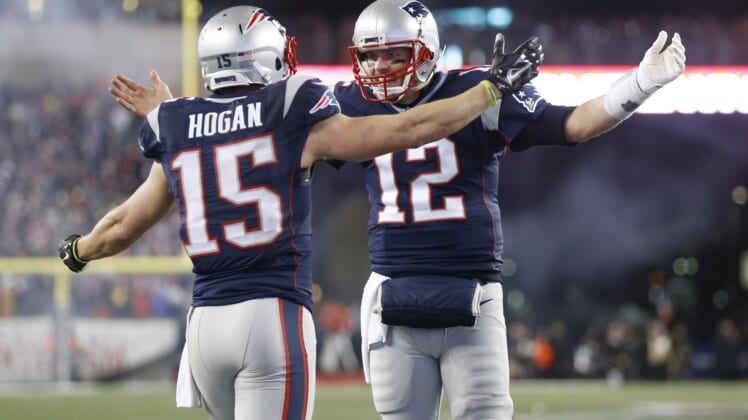 Chris Hogan hasn’t been a huge playmaker this year for the New England Patriots, but the Pittsburgh Steelers forgot he even existed early in the first quarter of Sunday’s game.

Check out how wide open Hogan was on this 63-yard touchdown pass. Not a single Steelers defender was within 20 yards of him until it was way too late.

Call it busted coverage. Call it whatever you will.

Chris Hogan had 19.2 yards of separation from any defender when he caught that touchdown pass, making him the most wide-open receiver on a reception this season per the NFL's Next-Gen Stats. The Steelers just totally blew that coverage against a simple… https://t.co/QP4Wzwf0rW

Chris Hogan had his own zip code pic.twitter.com/ut8yLO7RuQ