As if we needed another reminder that the 2014 World Cup is being held in a third-world country, this latest video by Yahoo Sports should act as another example of what’s wrong with Brazil hosting such a large event.

Can you say death trap? This video was taken after a match on Sunday.

Too often, we hear about stories of pavilions and stairways collapsing, while wondering aloud what caused the tragedy to happen. Unfortunately, makeshift creations like the one at Maracana Stadium in Brazil, which will hold the World Cup Final, are the likely reasons for said tragedies.

According to the Yahoo Sports report, officials in Brazil indicated the following…

At which point, they looked like this outside the stadium. 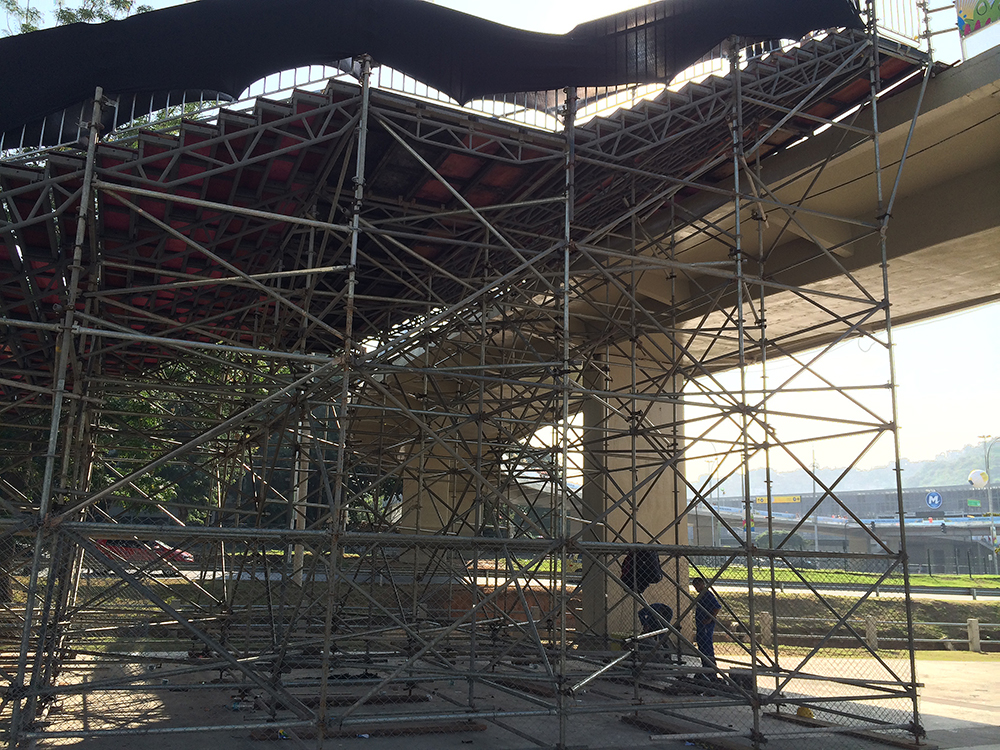 Unfortunately, this doesn’t look a whole lot better. Let’s just hope that these makeshift stairs hold up for the thousands of fans that will be climbing them in the coming days. Or as Yahoo pointed out, duct tape might do the trick.